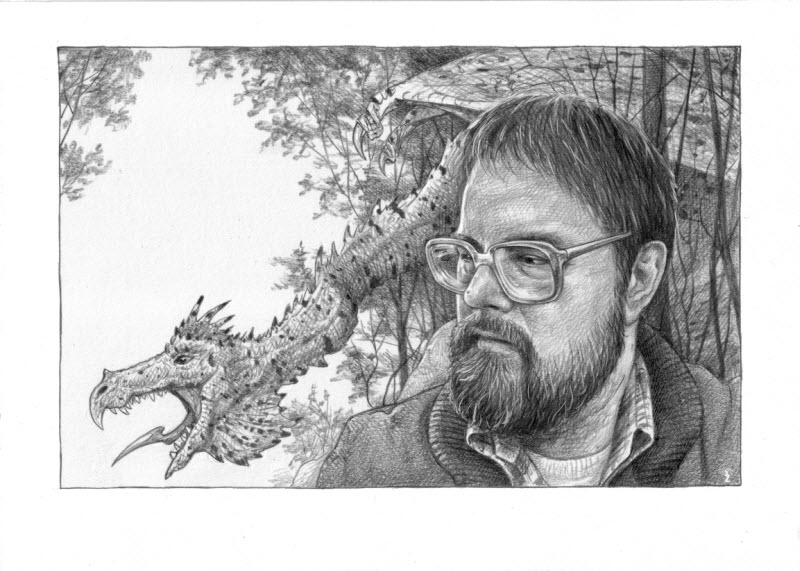 Aleksandar Žiljak was born in Zagreb, Croatia, in 1963. He graduated on the Faculty of Electrical Engineering in Zagreb, and got Master of Computer Sciences degree on the same Faculty in 1990. After working as a professor in several high and trade schools, he became a freelance illustrating artist, specialising in wildlife art.

He published his first short stories in 1991, writing relatively sporadically throughout the 1990s. His first book was a story collection The Blind Birds (Slijepe ptice, 2003), but his SF and fantasy output increased considerably in the following two decades, currently amounting to six story collections, a book about cryptozoology under a pen-name Karl S. McEwan, and four novels: Irbis (2012), The Poseidonia (2014), Mystery of the Dragon Islands (Zagonetka Zmajskih otoka, 2015), and The Ndanabo Children (Ndanabova djeca, 2018). Žiljak translates his prose into English himself. His stories have been published in numerous European countries, USA, India and China. Irbis and The Poseidonia have been published in Serbia, while The Poseidonia has also been published in the Czech Republic. A collection of his SF stories has been published in Germany, in both German and English edition (Welche Farbe hat der Wind? / What Colour is the Wind?, 2017). He also published a collection of SF movie lectures titled Stars in the Night (Zvijezde u noći, 2019).

Beside being a writer, Aleksandar Žiljak is also an editor. Together with Tomislav Šakić, he co-edited Ad Astra (2006), an anthology of the Croatian SF stories 1976-2005. He also edited several story collections by prominent Croatian SF writers. Currently Šakić and Žiljak edit UBIQ, a Croatian SF and fantasy magazine, that was voted the best European SF magazine on Eurocon in Stockholm in 2011. Aleksandar Žiljak is also known as a translator, and is famous for his lectures on numerous Croatian SF conventions.