A new anthology of steampunk stories set in and around Bristol, and written mainly by local authors.

Paper editions of this book are available from all good physical bookshops.

A sequel to the popular Airship Shape & Bristol Fashion. Steampunk fiction from the South-West of England.

In this anthology our authors once again challenge the notion that steampunk looks back on Victoriana through rose-tinted goggles. Still rooted in Bristol, these stories stretch out across greater distances, through time and space, through danger and adversity, to explore ideas of Empire and adventure. Some are funny, some are dark, and each of them will take you somewhere – or somewhen – you’ve never been before.

This book is produced in collaboration with the BristolCon Foundation. It is a charitable organisation responsible for the running of the BristolCon SF & Fantasy convention, which takes place in Bristol every October.

Wizard’s Tower Press is delighted to be supporting the BristolCon Foundation in this project. 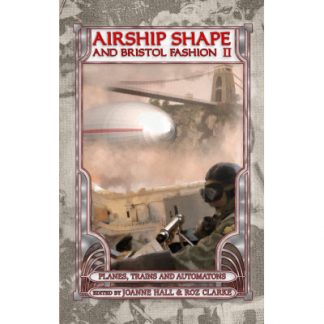