His Majesty’s Starship by Ben Jeapes, a novel of first contact, was first published by Scholastic in 1998 to enthusiastic reviews. The Times Educational Supplement noted: “It is a testament to Jeapes’s skill that the hermaphrodite quadruped, Arm Wild, with its flaky skin and four nostrils, emerges as the most engaging character in the whole novel. But the most glorious conceit is the space station UK-1, last bolt-hole of the exiled House of Windsor, ruled by the entrepreneurial King Richard and his unlovely son, Prince James.”

Interzone’s reviewer described the book as “bursting with fun and energy” while SFX called it, “A veritable fount of plot, characterization and intrigue, with some astoundingly original ideas”. Alastair Reynolds described it as “one of the best first contact books in a long while – a gripping, logical, original and fundamentally optimistic retake on one of SF’s richest themes.” 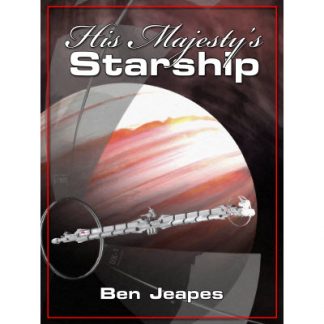 You're viewing: His Majesty’s Starship £4.99
Add to cart