Kontakt: An Anthology of Croatian SF

An anthology of spectulative fiction by Croatian writers, translated into English.

The original paperback edition of Kontakt was produced in conjunction with the 2012 the European Science Fiction Convention (Eurocon) in Zagreb, and given away free to members. It has never been generally available for sale. All of the stories in it are translated into English, with the intention of showcasing Croatian science fiction and fantasy fiction to the wider world.

Of the twelve stories in the book, two have already achieved recognition outside of Croatia. “The Corridor” by Darko Macan won the Lapis Histriae, an international short story competition open to writers from Italy, Slovenia, Croatia, Serbia, Bosnia and Montenegro. “Every Time We Say Goodbye” by Zoran Vlahović received an honorable mention in the 2013 Science Fiction and Fantasy Translation Awards. 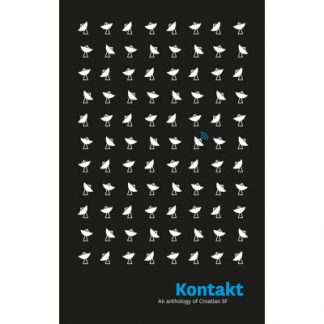 You're viewing: Kontakt: An Anthology of Croatian SF £3.99
Add to cart