Three Twins at the Crater School

Mars, the Red Planet, farthest flung outpost of the British Empire. Under the benevolent reign of the Empress Eternal, commerce and culture are flourishing along the banks of the great canals, and around the shores of the crater lakes. But this brave new world is not as safe as it might seem. The Russians, unhappy that Venus has proved far less hospitable, covet Britain’s colony. And the Martian creatures, while not as intelligent and malevolent as HG Wells had predicted, are certainly dangerous to the unwary. What, then, of the young girls of the Martian colony? Their brothers might be sent to Earth for education at Eton and Oxbridge, but girls are made of sterner stuff. Be it unreasonable parents, Russian spies, or the deadly Martian wildlife, no challenge is beyond the resourceful girls of the Crater School. 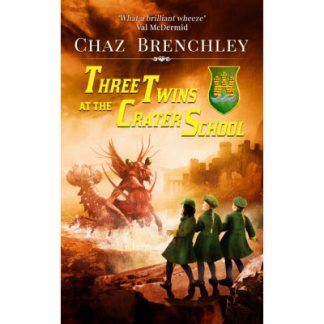