THE PLANET HAD FALLEN OFF THE MAP.

When his spaceship crashes on an unknown and forgotten planet, scientist Karl Allman discovers himself hunted by an ancient race. The descendants of earlier colonists have reverted to a savage tribal culture of sacrifice, pillage and violence. When Karl falls in love with an outcast girl, he has only one goal: escape. But escape is a distant dream on this nightmare planet.

“Harvey paints a grimly convincing portrait of a subsistence existence on the inhospitable world. Harvey’s novel depicts a fascinating universe of want and plenitude, to which he will hopefully return in future novels.” — The Guardian

“A believably harsh tale of survival in bleak and unforgiving environments. Karl and Bera make an interesting, unusual pair, and the terrible conditions of Isheimur are conveyed matter-of-factly. This is a yarn with brawn and brains.” — SFX

“Winter Song is a book that bears more than one reading. This new edition, republished in e-format by Wizard’s Tower, contains a new forward by Colin’s friend Gareth L Powell, which is a fitting tribute to a writer whose potential was left frustratingly unfulfilled by his early death.” — Joanne Hall 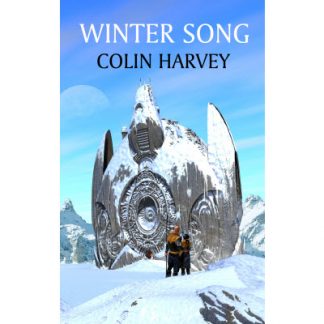